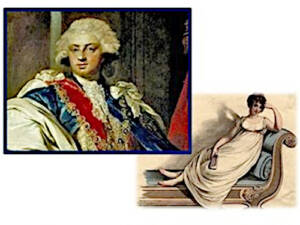 Prince Frederick, Duke of York was the second son of George III and brother to the Prince Regent and was an important figure in London society.

Although happily married, he had many mistresses while his wife lived out of town. One, Mary Anne Clarke, was a favourite, but after a while the relationship soured and she wanted retribution. Events led to the biggest scandal of the age and was the talk of the town.

Dr Graham Cope was a medical scientist based in Birmingham. Two years ago, after retiring, he moved to Cowbridge, Vale of Glamorgan to reside near his family. He concentrates his academic interests to history, the late Georgian period, particularly the life and times of Frederick, Duke of York.