Birmingham Back to Backs 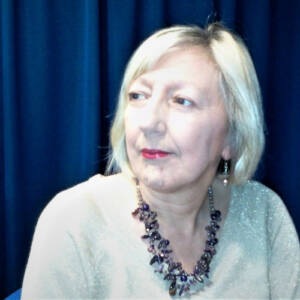 Gina Maddison was born in Birmingham in 1957 to two factory workers who each spent 50 years working in industry. The family lived in a Back to Back house in Guildford St, Lozells, and she was one of the last generation of children to grow up in the Birmingham Back to Backs.

The houses were two up, one down, no bathroom, inside toilet nor hot running water, and heated by coal fires. The courts centred around a back yard with a brewhouse, outside toilets and sheds often containing racing pigeons.

The family left for a new housing estate in 1968, when the Back to Backs were demolished. The only ones surviving now are the National Trust properties in Hurst St.

Gina grew up in the 1960s, a time when Birmingham was known as The Workshop of the World, and the City of a Thousand and One Trades. In many ways, the Sixties were a Golden Age: the fashions, the politics, the music, the hairstyles, the World Cup. But there was tragedy too: thalidomide, accidents in factories, poverty, a heavily polluted city.

Gina passed the Eleven Plus in 1968, and went to a King Edward’s Grammar School. From there, she went to University thanks to the grants system, the first of her family to do so, and became a teacher and librarian for Birmingham and Sandwell.

When she retired, she looked around for books to read on growing up in a working class community in Birmingham in the 1960s, and could find very little. “And so I decided to write my own,” she says.