Farming and Wildlife in County Clare 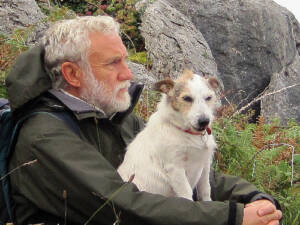 Farming and wildlife on the edge of Europe in County Clare, Ireland.

To communicate his passion for wildlife conservation he was for many years a regular broadcaster on national media and has helped run field courses for honours graduates of Aberystwyth University in the west of Ireland for over 40 years. In his talk he hopes to share his enthusiasm for the unique and internationally recognised landscapes and wildlife of the limestone country in County Clare, western Ireland and the challenges it currently faces.

This talk replaces one by Dr Graham Cope on “A right royal scandal”. Dr Cope has had to cancel and we hope to be able to arrange his talk at a future date.

Ray came to Mid Wales in 1973 working for the Nature Conservancy in Radnorshire. Following reorganisations, he eventually managed a staff of over 70 in the Countryside Council for Wales in East Wales responsible for Sites of Special Scientific Interest, National Nature Reserves, farm conservation schemes etc. He then worked for Plantlife as their Lower Plant Development Officer for Wales.

Now retired, Ray is a past President of the British Lichen Society, an Honorary Lecturer in the University of Aberystwyth, a vice-president of the Radnorshire Wildlife Trust and a member the Wales Advisory Committee of the Woodland Trust. He also serves on a number of conservation committees.

Ray has written books and articles on the flora of Mid Wales, is co-author of the British Red Data Book of Lichens and author of the Welsh Red Data List of Lichens and lectures on matters concerning wildlife conservation and sustainable land use. With co-authors he has of late produced an awards-winning series of guides to fungi living on vascular plants.