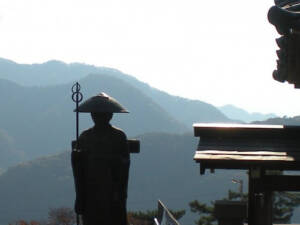 Derek will present a historical perspective comparing present day Japan to the 1880s when the British Diplomat, Ernest Satow, was one of the first foreigners to live and work in Japan following Japan’s 200 years of isolation.

Derek Beddow lives in North Wales, and is a retired education consultant. He has worked extensively in the UK education sector. He lived in Peru for 3 years, teaching at a school in Lima. He also lived and worked in Japan for 5 years.

He visits Japan frequently with his Japanese wife. He speaks Japanese, reads Katakana and Hiragana, and has been studying Kanji for a number of years. Derek has been visiting Japan since 1989, and still considers Japan to be the most fascinating country in the world.