On the Trail of the Welsh Cistercians 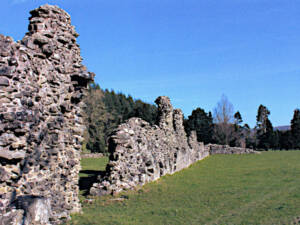 The talk will look at the establishment of the Cistercians in Wales against the religious fervour of the time which was generated by the Crusades. Some monasteries were more successful than others but shared similarities of location, plan and construction and ultimately the same fate. Some well-established myths about the monastics will be challenged. All in the garden was not necessarily rosy and the monks could be neighbours from hell!

Julian Lovell studied Historical Geography at London University and worked for many years as a teacher of geography and history.  A change in circumstances meant an opportunity to undertake more independent research into the landscape history of mid-Wales.

Julian is secretary of the Abbey Cwmhir Heritage Trust, also fulfilling the role of Heritage and History Lead. Over the last three years, the Trust has contributed to the Sacred Landscapes Project, funded by AHRC, which aims to relate the upland monasteries of Strata Florida and Cwmhir, mid-Wales, with religious houses in lowland Lincolnshire.